Dipont Education has officially started construction on a new American independent school, to be built in the city of Kunshan, to the west of Shanghai.

The milestone was celebrated with a groundbreaking ceremony at the planned site for the school, in Kunshan Development Zone.

The new school, which will follow American and Chinese curricular, is a partnership between Dipont, No. 2 High School of East China Normal University, one of China’s top schools, and local government in Kunshan.

The school will open in 2020 and accommodate more than 2,700 pupils. The school buildings will total around 98,000 square meters and feature state-of-the-art facilities and equipment.

This is the third independent school to be launched by Dipont in partnership with highly regarded schools in China and abroad. The new schools are creating a new model for K-12 education in China. They offer internationalized learning experiences whilst maintaining the requirements of the Chinese education system. 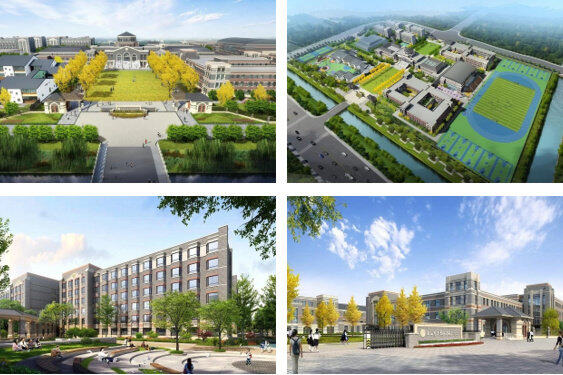 Various partner representatives, such as Kunshan Vice Mayor Li Hui, attended the groundbreaking ceremony. Many attendees gave speeches about their high expectations for the project, including Dipont CEO, Benson Zhang, who expressed his thanks to all involved.