The Making of a Global Educator: Part 2

In part two of our profile feature, Carol Santos, founding head at Shanghai Huaer Collegiate School Kunshan, reflects on the early days of the school.

Read part one of The Making of a Global Education here. 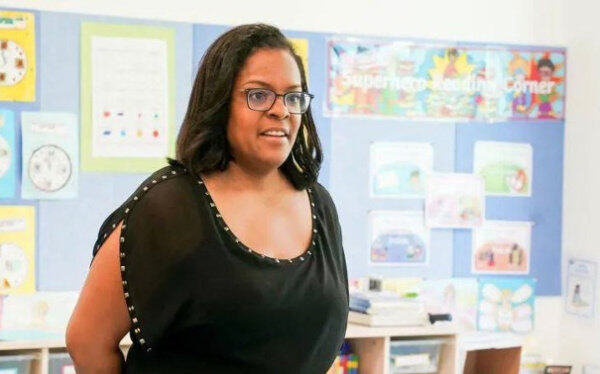 In September 2020 Shanghai Huaer Collegiate School Kunshan, opened its doors to nearly 600 new students, ranging from ages 2 to 15; the higher grades will fill through natural progression. In a video of the school, Santos sings out, “Good morning,” and the children shout their greeting back. “I am so happy to be here this morning and to see all of your lovely faces,” she says.

The welcome she receives on a daily basis delights her. “Because I’m the principal and head of the school, in US terms I’m like the president of the United States. They think I’m a superstar. If I walk down the hall, you should see how excited they get,” she says. “I just love them.”

It helped that Dipont offered extensive support when Santos arrived, guiding her through bureaucratic processes and helping her find a place to live. (She opted for a hotel rather than an apartment, just eight minutes’ drive from the school.) Even as Santos boarded the plane, she was receiving text messages advising her to make sure her luggage went all the way through to Shanghai. “They just take good care of you, even once you’re here,” she says. Like many teachers who come to work in international schools, she doesn’t speak the language but says she has found Chinese culture to be warmly welcoming. As a foreigner, she inspires curiosity when she is out on the streets, with parents urging their kids to try out their English with ‘Hello.’

It’s a sentiment echoed by other expatriate teachers. Amy Loveday Hu, Head of Kindergarten at another Dipont school, Nanwai King’s College School, in the neighboring city of Wuxi, recalls a similar experience when she first flew to China in 2004. She bought a return ticket but never used the second part. “I found everybody so very welcoming. I wasn’t scared that I didn’t understand.”

The arrival of Covid-19 swiftly imposed a need for resilience in the new school leader. Santos had gone back to Georgia to see family in January 2020 when reports of a new virus began to hit the news. It was meant to be a short holiday, but she found herself stuck in the US, conducting business and running meetings remotely. “I wouldn’t have guessed that I would be there for seven months,” she recalls. “Day one turned into day two turned into day three. It was seven months that I was in the US. And we forged on.” Now she is firmly set on next steps. The school has a progressive curriculum and is committed to helping scholars flourish both within the classroom and beyond it, aiming to produce young adults who are healthy and globally aware. Its mission is to foster resilience, adaptability, ethical behavior and enlightened communication between Chinese and English cultures. These are qualities the school defines as keys to success, and its leaders want to encourage them not just among students but also in its staff.

Santos’ love of her students is clear — “they’re all special to me,” she points out. She hopes that the school will nurture the positive qualities already nascent in many of the young people she works with. One boy is determined to go to Stanford and develop a cure for Alzheimer’s. He turned down a formal leadership role in the school because he wanted other students to have their chance. “His character is so strong already,” Santos observes. “Clearly he’s a leader and already an active role model for his peers; and he’s already someone who’s an ambassador of the school.” Santos encouraged another young woman to take part in developing the school’s art curriculum. They were initially introduced when the girl got in trouble for breaking school rules, but Santos understood that kids break rules for a reason. “As educators, we know there’s usually something underneath that.” She looked for a way to connect, and when Santos realized she had a passion for art, invited the student to meetings with Idyllwild Arts Academy faculty where she could share her thoughts on the new art program. “I’m really looking forward to seeing her and what she becomes when she graduates from the school both in terms of her talent as an artist—but more so her voice, her voice as an artist and budding leader,” Santos says.

Internationalized schools like Dipont’s offer unique learning experiences by immersing students in a hybrid environment, says Stephen Keown, from Belfast, Northern Ireland, and a senior leader at RDFZ King’s College School in the city of Hangzhou of eastern China. “You can very much see that our students are exposed to international personalities; and that exposure, even by itself, changes the character — the delivery and the environment — which is very enriching for them,” he says. “That, in turn, is really defining of the young people and how they develop as young adults.” Since joining Dipont, Santos says her view of what global education entails has evolved, and it continues to develop as she learns more about her students. Essentially, though, she thinks it involves full immersion in another culture than the dominant one, and in which individuals are found in situations where “everybody is giving up something and gaining from each other almost equally.”

Beneath Santos’ vision for the Kunshan school is a wish to ensure that her young scholars learn how to contribute to the school’s culture and take ownership of it. In other words, becoming leaders in their own right. “Inclusion, opportunity, possibility, attention to all, to all scholars, all students,” are key, she says. “Meeting them where they are — but still keeping the same bar high no matter where one is at the time.”

Previous: The Making of a Global Educator: Part 1
Next: “I want to create a primary school where all pupils flourish”