Vanessa Cumbers, Recruitment Director at Dipont Education, spoke to International School Leader Magazine about the opening of our two independent schools in China. 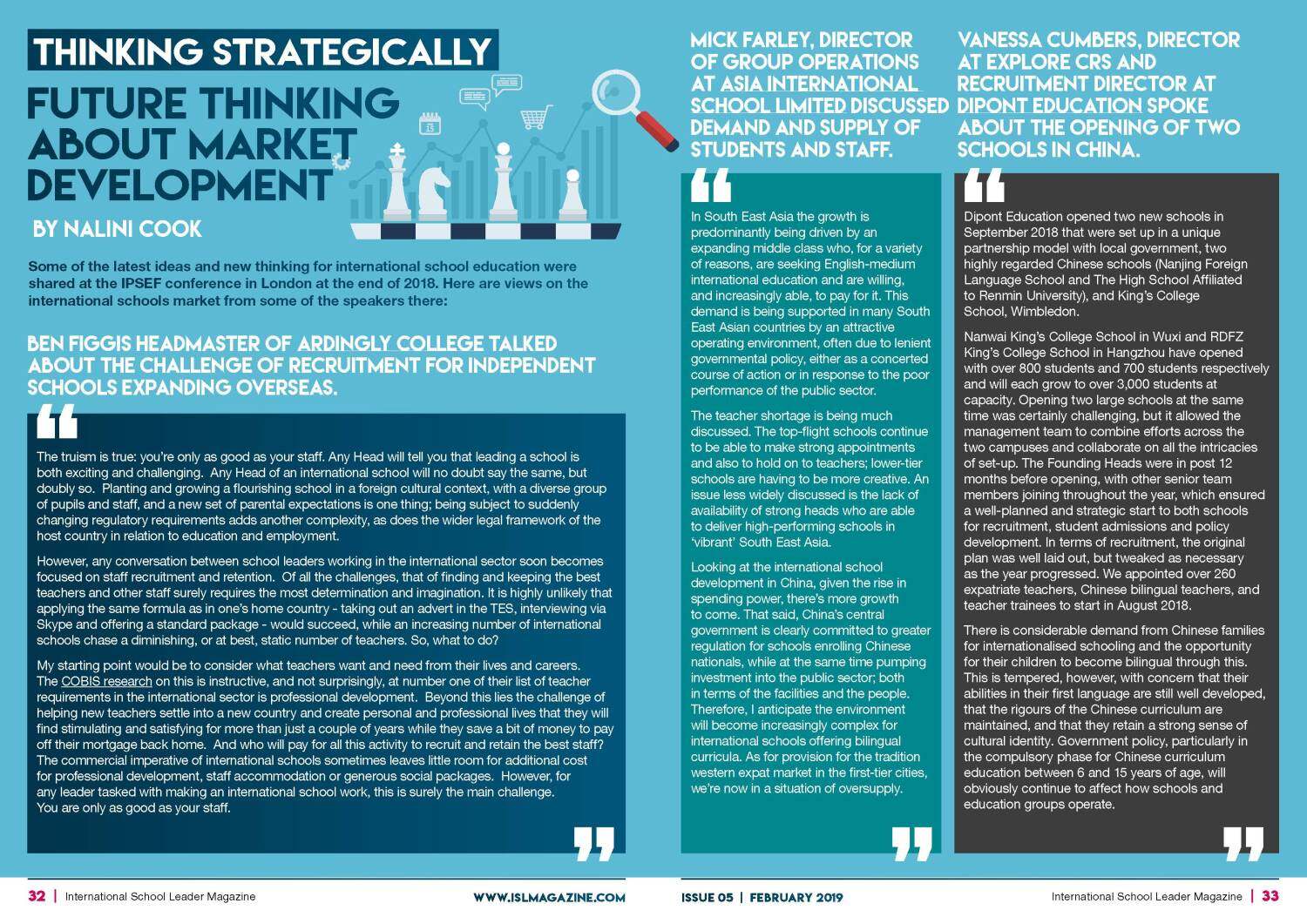 “Nanwai King’s College School in Wuxi and RDFZ King’s College School in Hangzhou have opened with over 800 students and 700 students respectively and will each grow to over 3,000 students at capacity. Opening two large schools at the same time was certainly challenging, but it allowed the management team to combine efforts across the two campuses and collaborate on all the intricacies of set-up. The Founding Heads were in post 12 months before opening, with other senior team members joining throughout the year, which ensured a well-planned and strategic start to both schools for recruitment, student admissions and policy development. In terms of recruitment, the original plan was well laid out, but tweaked as necessary as the year progressed. We appointed over 260 expatriate teachers, Chinese bilingual teachers, and teacher trainees to start in August 2018. 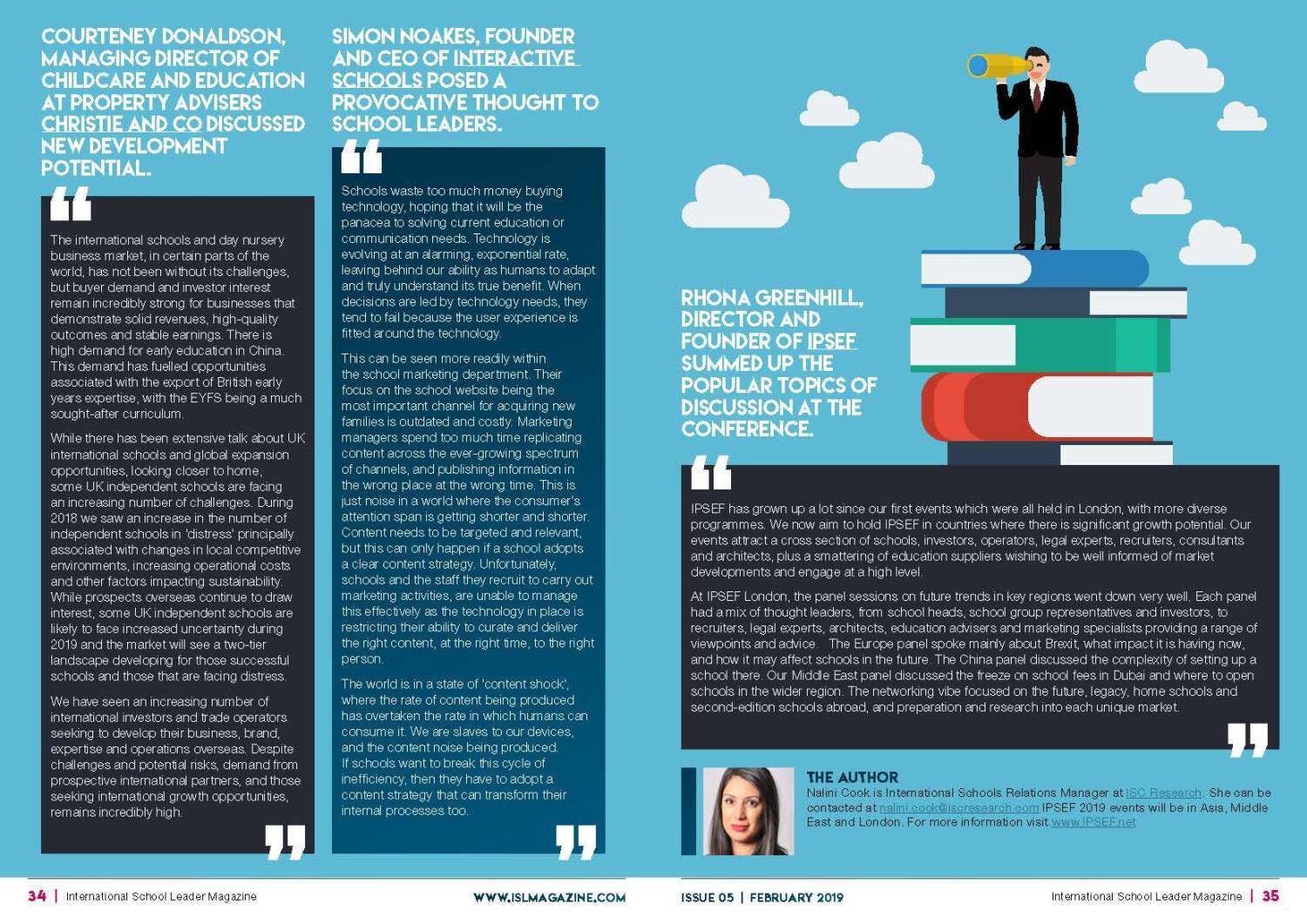 “There is considerable demand from Chinese families for internationalized schooling and the opportunity for their children to become bilingual through this. This is tempered, however, with concern that their abilities in their first language are still well developed, that the rigors of the Chinese curriculum are maintained, and that they retain a strong sense of cultural identity. Government policy, particularly in the compulsory phase for Chinese curriculum education between 6 and 15 years of age, will obviously continue to affect how schools and education groups operate.”

Previous: Meet the team: Secondary Academic Quality Management
Next: 11 reasons why you should teach in China