A celebration of 50 years in education

Syed Mozammil Ahsan has taught chemistry for the better part of half a century. Dipont Education celebrates the career of a modest and great teacher.

1972. Mao Zedong was the Great Chairman, presiding over a China poised to make the greatest leap forward of modern times. In the US, the Space Shuttle was a distant concept, while the war in Vietnam raged on.

Meanwhile, in a small city in Pakistan, a youthful Syed Mozammil Ahsan began his teaching career. He has been teaching ever since.

Mr. Ahsan’s career in education has taken him to many places, from his native Pakistan to Nigeria, then to Brunei and finally on to China. He has taught A-level Chemistry for an astonishing 40 years. For the last 9 years, he has been a mainstay of the Dipont international high school program at Hangzhou Foreign Languages School, teaching chemistry to scores of students who, along with many colleagues over the years, have admired his knowledge, valued his patience, and sought to emulate his fine example.

By his own admission, Mr. Ahsan’s first years as a teacher were stressful and unsuccessful. Responding quickly and effectively to student questions was a particular burden, and he spent late nights researching, trying to find a better way.

His solution was to seek advice from peers, and this practice has been a constant throughout his long career. Even now he is ready to consult with other teachers to seek out ways to improve the teaching of a certain knowledge point, or better understand the needs of students. 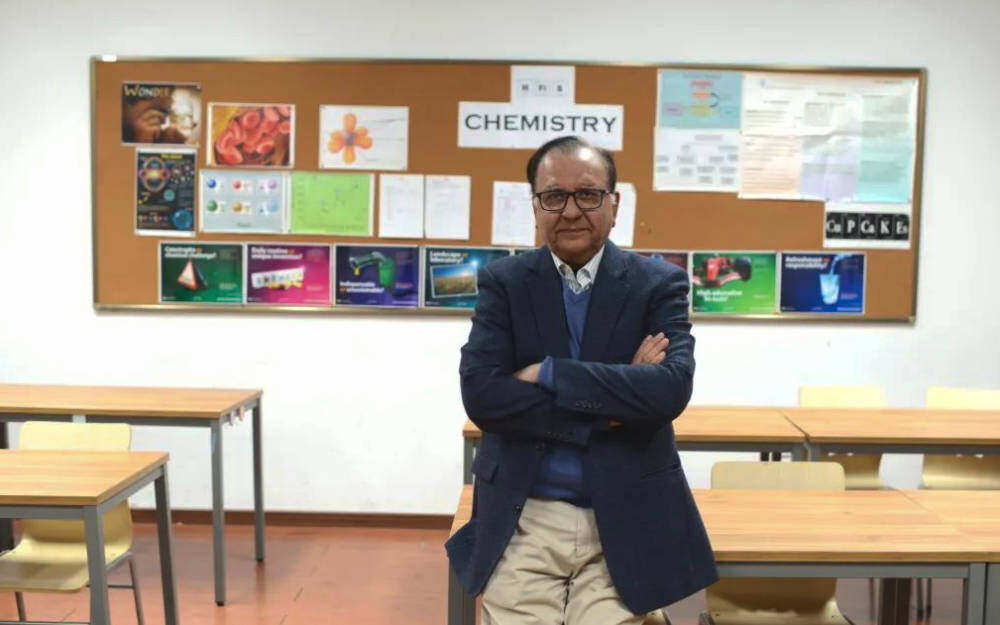 In Nigeria, a colleague shared a saying with him that has stayed with him ever since: “Knowledge is one thing, but how to pass it on is more important.”

Mr. Ahsan’s many years in the classroom have not diminished his belief in the importance of continual improvement.

As he says: “I’m not a perfect teacher. I’m still improving every day. You have to have a desire to learn from others. That what I have been doing for my entire career”

Not every class is perfect

In China especially, teachers tend to be viewed as infallible sources of knowledge and a target of special reverence. However, in Mr. Ashan’s view, a teacher is also an ordinary person. Every class is not perfect, but all mistakes can be a source of learning.

Rather than waiting for feedback from others, Mr. Ahsan reflects on every class he teaches. This is a habit of mind that he encourages in his students and peers. Intuition, following your gut, recognizing that some activity could have gone better, or that some instruction could have been clearer, is key to this practice

In Mr. Ahsan’s view, this habit of mind can improve a student’s ability to deal with mistakes. Dissatisfaction is not a bad thing when paired with the thought: “I didn’t do well today, but I will do better tomorrow.”

The modesty of a great teacher

When called upon to speak at graduation ceremonies, Mr. Ahsan often quotes the following line from the Lebanese poet, Khalil Gibran:

“Education does not sow seeds in your mind, it grows them.”

His lasting message to students on graduation day is always that “knowledge, leadership, and character are the three most vital things in life.” Over the last 50 years, there have been many, many students to hear these words and benefit from Mr. Ahsan’s fine example. Aside from all his wonderful traits as an educator, it is the unlikely modesty of one who has achieved so much that persists in the mind. 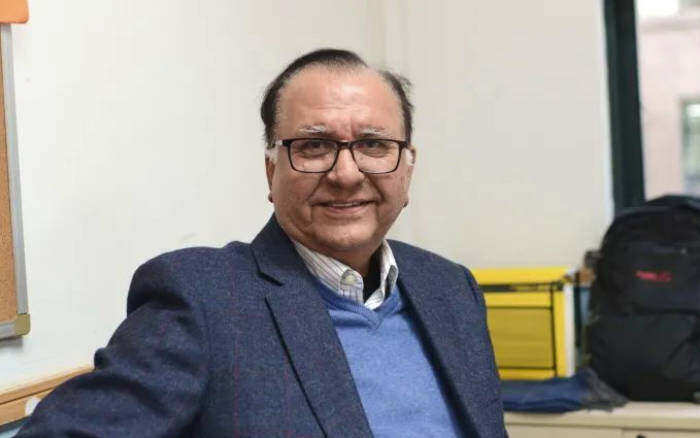 “My happiest moment is when the graduates come back to school and knock on the door to say hello to me,” says Mr. Ahsan, summing up what gives him joy as a teacher. “It makes me feel recognized for my efforts and gives me more motivation.”

Dipont Education heartily congratulates Syed Mohammad Ahsan for the tremendous milestone of 50 years in education. Every colleague, every student, and every parent is grateful for his tremendous contribution. Working alongside colleagues with such experience, kindness and professionalism will make you a better teacher.

Visit our careers section to review teacher vacancies in our international high school programs across our impressive network of partner schools.

Previous: My first 6 months at Dipont Huayao Collegiate
Next: There’s no place like (working from) home