Cross-cultural exchange prepares Chinese students for life abroad. This article was originally published by The Chronicle of Higher Education.

Every year, students from across China compete in the national US debate championships, traveling from their homes to whichever US city hosts the occasion. This year, because of the pandemic, the tournament was held online, but the students were still game and stayed up all night to take part.

As recently as 2011, however, Western-style debate in English was virtually unknown in China.

Dipont Education saw an opportunity. A leading innovator in preparing Chinese students to matriculate in the West, Dipont realized that even academically accomplished students needed a broader education and deeper cultural insights to succeed at universities in the US, UK, and Australia. 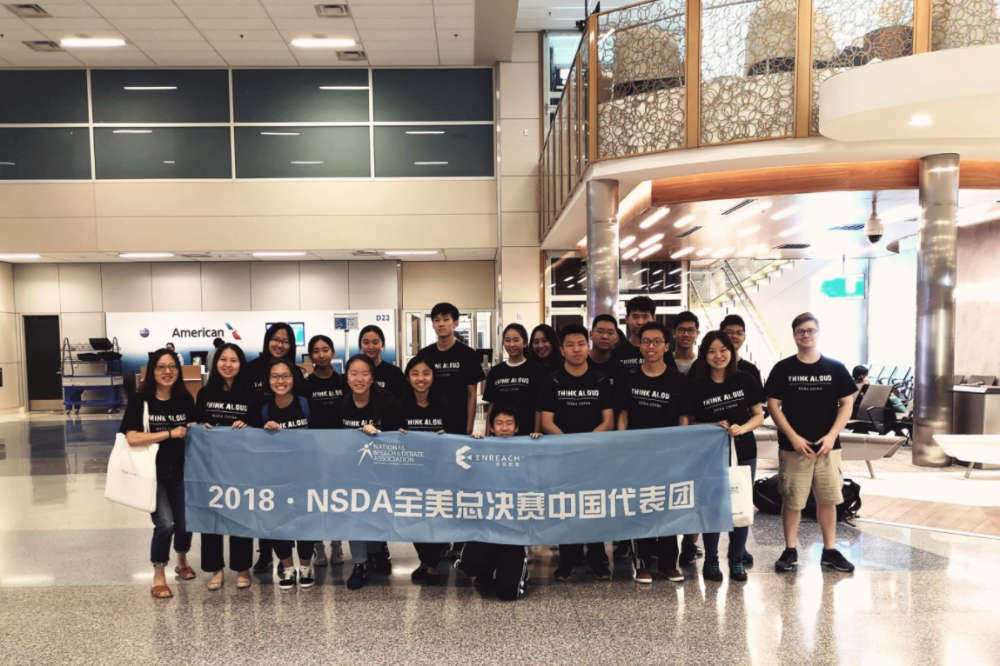 That year, Dipont introduced Western-style debate to China as part of its broader program to teach students to speak, think, and perform in English.

According to Jeff Zhu, vice president of education at Dipont, “We had to start from scratch. The tricky part was, how do you create something from nothing?”

Zhu, who was based in New York at the time, called debating programs at all the top schools in the US.

One coach picked up: Stefan Bauschard, from the Harvard Debate Council. Zhu persuaded Bauschard to travel with him to China and speak with schools to gauge interest in a debate program. The response was so positive they decided to begin taking students that very summer. The first official tournament was in November, forcing them to scramble to find debate venues and train judges in time.

“We started the program with only 500 students,” Zhu recalls. “We had four tournaments in four regions. Today we have more than 10,000 students debating in every province in China. Debate requires a significant commitment from school leaders. Hundreds of classrooms need to be converted into makeshift debate rooms over a weekend. Judges can be a big bottleneck. A 200-team tournament requires at least 100 judges, because all teams debate at once.”

For Zhu, debate offered a perfect way to equip Chinese students to study abroad–it was rigorous, competitive, and interactive, an activity that would nurture key skills in students rather than just provide more knowledge. “We looked at quite a lot of programs and we realized that nothing beats debate in all of these areas.”

Bauschard, who spearheaded the program and is now a debate consultant at Dipont, had extensive experience both in training students and organizing contests in the US. Still, nothing had prepared him for the enthusiasm of Chinese students. From a small beginning, Dipont’s debating program took off. Today, hundreds of tournaments take place, not just across China but in Vietnam, South Korea, and other Asian countries.

Educators agree that studying abroad expands a student’s intellectual horizons and career opportunities. But it also represents a significant challenge for youngsters. Jenny Rao, head of school at Emma Willard, the oldest private girls’ school in the US, left Mexico as a teenager to attend college in the US. She notes that young people who study abroad quickly learn independence but thinks that activities like debate can equip them with the skills they need to succeed. Rao was already bilingual when she arrived in the US but joined her own college debate team to enhance her ability to express herself. “I thought it would be a good way for me to develop the mental agility to think in English,” she recalls. “I found it really helpful, and to this day I draw on my debating skills quite a bit.” It’s an experience shared by many Chinese students, coach Bauschard explains. “When they debate in another language, they acquire fluency and learn to think on their feet.” Crucially, they also build confidence. “If you can debate well in English, it’s easier to believe you can succeed at an American university, participate in class, write papers, interact with your peers, interact with your professors.”

Ryan Wang was one of the first students to enroll in Dipont’s debate program and says it transformed his high school experience. Wang began debating when he was 15. “It really expanded my world view,” he says. “It gave me more confidence. It showed me that I could achieve more than I originally thought.”

Wang went on to attend Berkeley as an undergraduate and is now a master’s candidate at the University of Chicago, focusing on labor sociology. While he was a student at Nanjing Foreign Language School he competed twice in China’s national debate tournaments and twice visited the US as one of China’s leading young debaters. He recently acquired a private pilot license — a long-held dream — and compares flying to debate, which taught him how to make split-second decisions. “Of course, when everything is on the line in debating, only your trophy is on the line,” he says. “But as a pilot, it’s your life on the line!”

In addition to increasing his confidence, Wang says debating taught him an intellectual flexibility that was crucial to thriving in an American college environment. “One of the things I learned was there are two sides to everything. In the first round of a debate you’re arguing affirmative or pro-side. In the next round, 45 minutes later, you’re arguing the other side. So your brain needs to be constantly switching between different views,” he observes. “I think debate really shaped who I am in terms of how to keep trying when I’m failing, and how to learn about the world from different perspectives.”

With an MBA from New York University’s Stern School of Business, Jeff Zhu has a keen understanding of the tools students need in a foreign country. Through co-curricular activities, they can hone their flexibility and resilience. “Dipont’s idea is this: to prepare students well, we must prepare the whole person.”

Debate, therefore, isn’t the only extra-curricular Dipont encourages youngsters to take up. It has also developed extensive theatre and liberal arts programs. Teachers saw that younger students who didn’t yet have the ability to do research or argue a point could nevertheless benefit from improving their spoken English. In theatre classes even kindergarteners can get on stage and speak. The hope is not necessarily to develop star actors or performers, but rather to nurture a vital set of skills. “That’s how they learn collaboration with people, that’s how they learn to be a team member,” Zhu explains. “It’s why you should read Shakespeare, why you should read literature, novels — it’s the empathy that you try to encourage, at a very young age.” Dipont began its operations in China in 2003, when the country joined the WTO and opened up its educational system. As ambitious Chinese students began to go overseas to study, Dipont’s founder and CEO, Benson Zhang, detected an unmet need: parents seeking to equip their children to succeed abroad. Dipont began to partner with Chinese public schools offering counselling and other services, and it has continued to grow and evolve ever since. Through its educational centers it has worked with 27 Chinese public high-schools, and close to 10,000 students across the country.

In 2014, Dipont entered the independent school arena, partnering with King’s College School, Wimbledon, UK. Together they set up Nanwai King’s College School in Wuxi and RDFZ King’s College School in Hangzhou. The two schools opened in 2018, with around 800 students enrolled on each campus. Dipont subsequently established another private school —Shanghai Huaer Collegiate School in the city of Suzhou — with state-of-the-art campuses as well. These private schools accept children aged 3 to 18, and fuse Chinese and English education and learning styles, building on the strength of both cultures. Students might translate a poem by Keats into Chinese, and then perform it in a traditional Chinese style. All classes are co-taught in both languages. Dipont employs people from 40 countries across the world, making it the largest employer of international teachers in Asia.

Its trajectory mirrors that of the country as a whole, reflecting social and economic shifts, says Zhu. “We see a demand for and appreciation of different types of education. The growth of the company is actually a reflection of how Chinese education has evolved over the past two decades.”

When students graduate and go abroad, parents and teachers may hope they will not just succeed but also contribute to their new environment. As business, politics and areas like health policy become increasingly global and interdependent, the need for multilingual, multicultural candidates becomes greater than ever.

The recent pandemic is just one piece of evidence for why these skills are needed, Jenny Rao, the head of Emma Willard School suggests. “I think this crisis has brought to the forefront our incredible interdependence. These lines that we have on our maps are fictitious,” she says. “In reality, we are deeply connected. Creating a microcosm of that reality in a school better prepares students for the reality of the world they will enter.”

Previous: The curriculum in education: master or servant?
Next: New Dipont King’s school to open in Chengdu